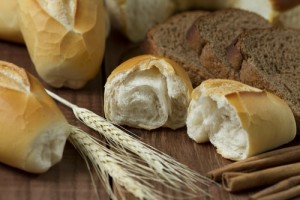 You’ve possibly asked your doctor their opinion on gluten to which they may have replied “I’m not sure, try gluten free if you want too.”  Or maybe their response was more direct “it’s not real, it’s difficult to cut out of your diet and it won’t help anyways.”  Many people, and even many doctors, still do not believe non-celiac gluten sensitivity is not real.  Not to mention, media headlines love to poke fun at the topic.  However, many people feel better cutting it out of their diet, and a recent study published just might help settle this debate.

Celiac Disease is well understood in the medical community as a condition caused by gluten and other related proteins.  Non-celiac gluten sensitivity, aka non-celiac wheat sensitivity, has remained a hot topic between health freaks and naysayers for years now.

Celiac disease (CD) is an autoimmune disease characterized by an inflammatory immune response to wheat gluten, rye, barley, and related proteins. It results in marked disruption of normal gut tissue structure, including atrophy of epithelial cell projections called villi and an enlargement of intestinal crypts where new epithelial cells form from stem cells. In terms of blood markers, transglutaminase 2 (TG2) autoantibody is considered the most sensitive marker for celiac disease.

Non-celiac wheat sensitivity (NCWS, also called non-celiac gluten sensitivity) is a term applied to individuals who experience symptoms in response to wheat or gluten ingestion but lack the characteristic markers of celiac disease. Symptoms can range from GI discomfort to fatigue and other neurological issues. These people tend to improve on a gluten-free diet. Unfortunately, many are mocked for avoiding wheat and told that their sensitivity is “all in their head.”

Non-celiac wheat sensitivity…Is It Just In Your Head?

There are a variety of different proteins in wheat that can cause an immune response beyond gluten.  For the sake of brevity, just know that conventional lab testing for CD and of gluten intolerance only screens for antibodies to alpha-gliadin and transglutaminase-2. If you’re reacting to any other fractions of the wheat protein (e.g., beta-gliadin, gamma-gliadin or omega-gliadin), or any other types of transglutaminase (e.g., type 3 or type 6), you’ll test negative for CD and gluten intolerance no matter how severely you’re reacting to wheat.

NCWS may be more serious than celiac disease.  The reason being, many people who test negative for celiac disease continue to eat wheat and put themselves at increased risk for developing autoimmunity.  Those who claim that gluten sensitivity isn’t real often cite this study (1), attributing any negative reactions to gluten to FODMAPS.  However, the researchers chose whey protein for their control group, a pretty poor choice considering that many of their subjects likely had inflamed guts and multiple food sensitivities. Another issue is the fact that whey, a protein from dairy, is cross reactive with gluten.  This simply means that each share similar protein sequences that trick the gut into thinking whey is in fact gluten.  The evidence, both on paper and from my own clinical experience, clearly points to the existence of NCWS.

So What Does the Current Research Say?

Need more evidence?  University of Columbia Medical Center did a study to determine if NCWS is a real thing.  They enrolled 80 patients with self reported non-celiac wheat sensitivity, 40 with celiac disease, and another 40 healthy humans for the study.

Researchers took blood samples and intestinal biopsies from each of the 160 humans in the study.  The blood samples were used to look for particular proteins in the blood, while the biopsies were used to assess the structures of the gut lining.  In addition, they also took another 20 NCWS patients who had adhered to a strict gluten-free diet for six months and compared their blood and biopsy samples before and after gluten avoidance.

It’s no major surprise that the researchers found that the individuals with NCWS in fact had leaky gut.  The NCWS showed increased intestinal permeability, which again shouldn’t come as a big surprise considering we know that gliadin disrupts the tight junction proteins in the lining of the stomach.

The researchers also found that the NCWS group had a systemic immune activation.  Serum immune markers were higher in the NCWS group as compared to the group with celiac disease and the healthy group.  This means that the NCWS group was showing an immune response similar to what your body does when it’s under attack from a cold or flu.  That’s right, food, particularly gluten, was causing a low-grade, chronic inflammatory response on the immune system.  This was due to gluten, bacteria and microbes leaking from the gut into the bloodstream where they don’t belong.

Histological analysis of biopsy tissues showed the NCWS group had similar epithelial damage as the celiac disease group, as supported by elevated serum levels of FABP2.  The best news is, in the group of 20 analyzed before and after 6 months strict adherence to a gluten free diet, they found that inflammation and cell damage improved greatly after 6 months of avoiding gluten.

You Now Have Two Options…

I have seen too many lives positively affected by avoiding gluten, now there’s credible research to back this up.  The difficulty lies in that so many people, when trying to avoid gluten, only partially avoid it.  It takes some time and understanding on how to implement a truly gluten free diet.  Worse yet, folks “try” a gluten free diet, not having done it correctly, and give up in a few days because they don’t notice any benefits.  Hopefully this research will encourage you to take the necessary steps to avoid it.

So how do you know if you have non-celiac wheat sensitivity?  Unfortunately the markers used in this study are not available to the mainstream yet, they’re only being used for research purposes.  There are still two great ways to tell if you are gluten sensitive.

If you'd like to learn more about your state of health, please check out our free wellness evaluation.  We offer in person, phone as well as webcam consults to people across the globe.